This garden's design was inspired by the "Song of the Sea", one of the three hymns found in the Torah. Another source of inspiration for creating this garden was the a quote of famed renaissance scientist Galileo Galilei, who is considered to be the founder of modern physics: " The difficulties in the study of the infinite arise because we attempt, with our finite minds, to discuss the infinite, assigning to it those properties which we give to the finite and limited; but this… is wrong, for we cannot speak of infinite."

The conceptual design is of continuity and discontinuity, two issues that have been intriguing scientists since the beginning of time. 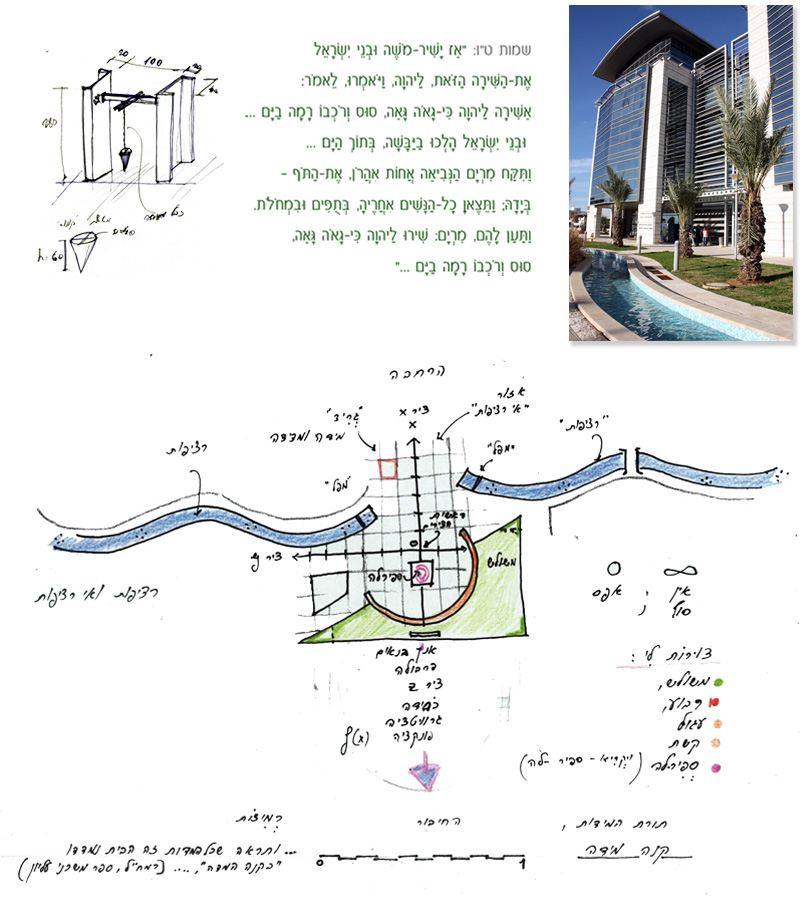