1950 – Prof. Pinkhos Churgin, President of the "Mizrachi" movement in the USA and a  leading figure in the development of Yeshiva University in New York City,  is the driving force behind the initiative to establish a university that combines Jewish values and academic excellence. 1955 – Bar-Ilan University, named after Rabbi Meir Bar-Ilan (Berlin), a prominent religious Zionist leader, and head of the Mizrachi movement, opens its doors. The university emblem incorporates  the Torah and a microscope, symbolizing the integration of Jewish heritage and science. Prof. Churgin serves as the university's founding president.

During its first year, 90 students study at Bar-Ilan in 34 courses held in 8 classrooms and 2 laboratories – all in provisional buildings; the number of staff members totals 23. Studies are conducted in 4 departments: Jewish Studies; Natural Sciences and Mathematics; Social Sciences; and Languages and Literature. Basic Jewish studies are an integral part of the academic program at Bar-Ilan, in accordance with the university's mission statement. 1956 – During the university's second year, the number of students rises to 175. Many students and faculty are recruited and fight in the 1956 Sinai Campaign ("Operation Kadesh "), while others volunteer at the nearby Sheba Hospital. Construction of the first buildings on campus is completed.

1965 – A decade after the university's establishment, the number of students stands at more than 2,000; the number of lecturers exceeds 300. The Ramat Gan campus includes 22 buildings. University courses are offered for the first time in Ashkelon, with the purpose of enabling area residents to enhance their education. 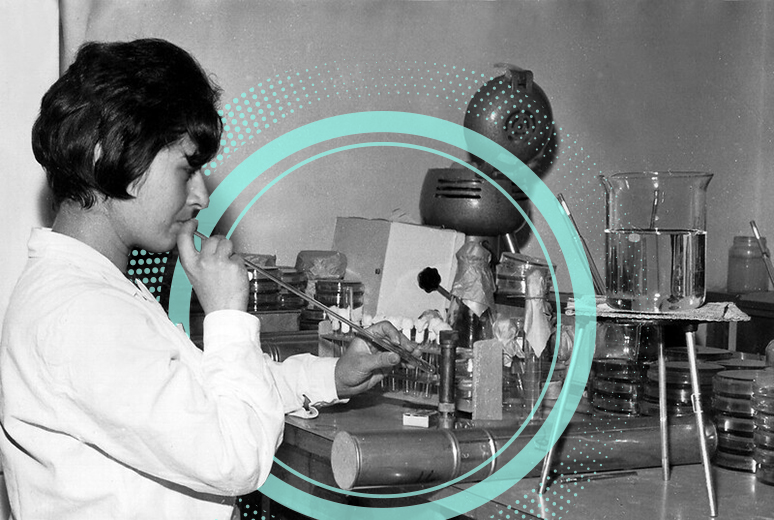 1967 sees the launch of the first version of the "Responsa Project," a database incorporating the world's largest electronic collection of Torah literature of its kind. The regional college in Ashkelon is recognized as an academic branch of the university. At the Ramat Gan campus, the central library, named after Gustav Wurzweiler, is inaugurated. Bar-Ilan students and staff members serve in various combat units, assisting civil defense efforts and volunteering at hospitals, contributing their share to the victory in the Six-Day War. 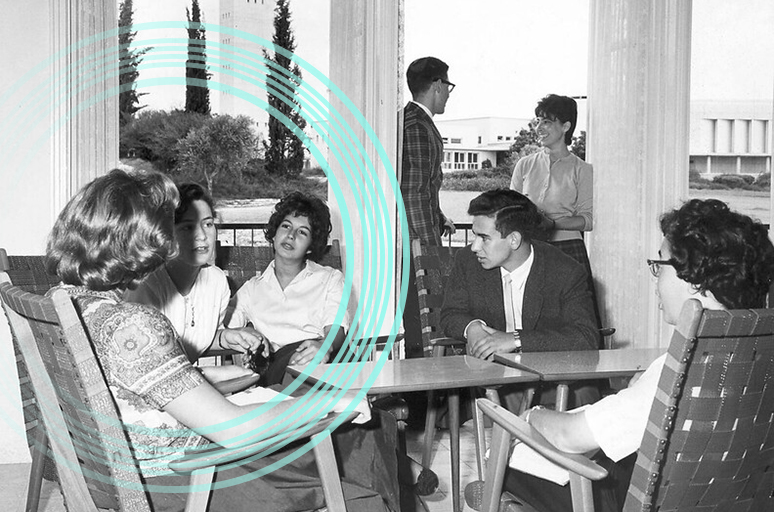 1977 – The female counterpart of the Institute's Beit Midrash for men – the Midrasha, is opened, with 44 female students.

By 1979 BIU offers new study tracks in all disciplines, such as a BA program in Medicinal Chemistry and Human Biology; MA programs in Education, Law, Criminology, Business Administration specializing in Economics, Geography and Classical Studies; and a PhD degree program in Social Sciences and Musicology, Journalism and Communications, and additional inter-departmental studies. New research institutes and chairs are also established, such as the Institute for Holocaust Research, the Chair for Community Services, the Chair for Jewish Law, and the Chair for Yiddish, among others.

The university's five branches in Ashkelon, Safed, the Jordan Valley, Ariel and the Western Galilee operate as regional colleges, having received formal recognition. They will continue to run under BIU auspices until becoming independent (Ariel in 2004-5, and the others more than a decade later).

New industrial and commercial projects further enhance the university's solid reputation as a prominent research institute, while generating profit. These include, for example, projects involving the early detection of cancer, hampering the progress of Alzheimer's, medical treatment of burns, the production of kosher gelatin and much more.

The Faculty of Jewish Studies, the largest of its kind in the academic world, undertakes major projects, such as the publishing of a new founding edition of "Mikraot Gedolot" and the production of a new, updated CD-ROM of the Bible, Talmud, and hundreds of  Jewish legal "questions and answers" (Responsa Project).

Following the assassination of Israeli Prime Minister Yitzhak Rabin in 1995, the university launches study programs promoting tolerance, Jewish values and democracy, and creating a dialogue between the religious and the secular populations in Israel.

The new Faculty of Life Sciences is established in 1998; the university prides itself on having the largest School of Education and School of Social Work in the country, the largest Faculty of Jewish Studies in the world, and numerous research institutes that are widely praised for the high quality work they carry out.

Bar-Ilan continues investing in its graduate students, initiating the Doctoral Fellowships of Excellence Program for outstanding PhD students – bringing about an increase in their number to 1,618 at the end of the university's fifth decade, almost doubling their number since the program was first launched. The university wins Israel's "most beautiful" campus award  in recognition of its artfully landscaped campus, and the harmony and aesthetics of its design.

Bar-Ilan continues to view itself as a bridge between Israeli and Diaspora Jewry. It establishes the world center for Jewish identity and introduces newly-developed study programs aimed at preventing Jewish assimilation abroad and reinforcing Jewish identity among Jewish youth in the Diaspora.

New community outreach programs are initiated, such as the establishment of academic centers in Bnei Brak and Jerusalem for the benefit of religious Orthodox men and women.

2005-2015 – In 2005 Bar-Ilan University celebrates its 50th Jubilee anniversary, launching the Returning Scientists program. Since its establishment BIU has brought dozens of Israeli researchers back to the country.

In this decade the university saw an explosion of growth on campus with three new structures built in 2005: the Fred and Barbara Kort Language Studies Building and the state-of-the-art convention Wohl Centre on the north campus, and the Jeanne and Maurice Benin Real Estate Law Wing on the south campus. June 2006 sees the dedication of the Beit Harav Jakobovits – The Shamoon Centre for the Study of Philosophy, Ethics and Jewish Thought on the north campus.

The Pinkhos Churgin School of Education is relocated into the new, state-of-the-art Jim Joseph Education Building, situated on the north campus, in 2010. The School's unique Otzmot (Empowerment) Program offers higher education for students with Down's syndrome and other intellectual disabilities.

By 2010 Bar-Ilan's foreign student population mushrooms to over 700 students who live in the BIU  environs, enjoying special programs and services provided by the university. There are a number of  English-language programs, including: International MBA(IMBA); Shaindy Rudoff Graduate Program in Creative Writing; MA in Linguistics in Clinical Research; Interdisciplinary BA in Social Sciences - Micro & Macro Tracks; Faculty of Law’s International Program for foreign students; School of Communication BA for international students; and Israel Experience one-year program. In 2011 two new faculties are added to the Bar-Ilan roster bringing the total to eight – the School of Engineering is upgraded to the Alexander Kofkin Faculty of Engineering, and Bar-Ilan University’s Azrieli Faculty of Medicine in the Galilee is established.

In 2013 BIU reaches out to provide services to close to 5,000 people in the community-at-large through its free optometry, law, psychology and social work clinics.

By 2020, BIU boasts eight faculties, dozens of research centers of excellence, 130,00 alumni, 18,800 academic degree students on the Ramat Gan and Safed campuses, including 900 hailing from all over the globe, and over 750 Arab students, drawn from Christian, Muslim, Druse, and Circassian backgrounds all over the country. Senior faculty has grown to  700 with over 1,000 junior faculty members..

There are 42 departments with over 8,000 academic courses, 55 research centers and institutes, 60 endowed chairs, and more than 100 international academic and research cooperation agreements. The university has 300 laboratories and 72 buildings located on both the south and the north campuses, and 29 libraries holding more than 1,000,000 titles.

The university also continues to reach out to the surrounding community, offering diverse enrichment studies, as well as special programs for talented youth. Bar-Ilan’s newly upgraded website seeks to attract people from all walks of life, who wish to expand their intellectual horizons.

Throughout the past decade, Bar-Ilan has developed and applied advanced teaching and study methods. Thus, with the onset of the COVID-19 crisis in 2020, Bar-Ilan had structured and built-in online solutions suitable for teaching and remote learning.

As to research, Bar-Ilan joined the global efforts to confront the pandemic, with 80 research teams working to improve diagnostic and therapeutic abilities, and address other challenges.

Ever loyal to its founders’ vision of promoting academic excellence combined with a reverence for Jewish heritage, BIU continues to be a beacon of knowledge and influence, cultivating groundbreaking research ventures, scientific discoveries and first-rate academic education in the spirit of Jewish values and tradition.